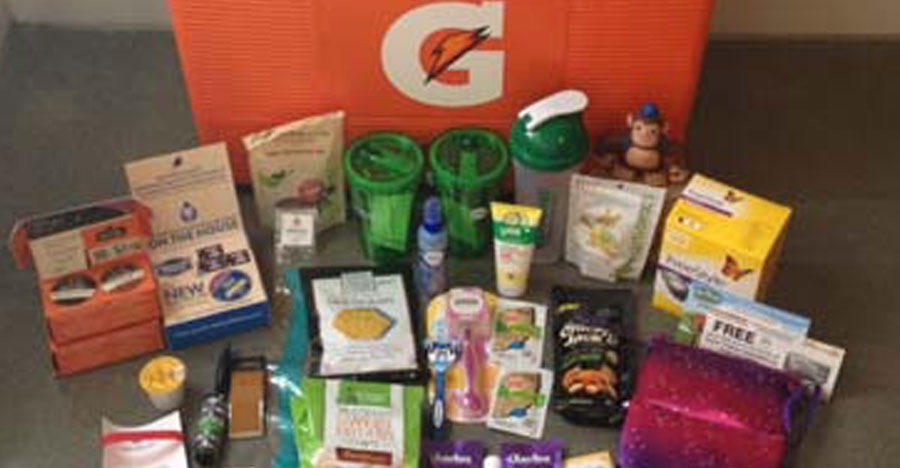 When I was about eight years old, I was the proud owner of a book titled “Free Stuff for Kids.” This book was about 120 pages of pure bliss; apparently you could get free stuff in the mail just by asking for it!

Now, I’m not going to say that the free stuff was top notch swag. The book certainly didn’t teach me how to score Rolex watches by writing to the company. But what the book did do was introduce me to the concept that big companies were willing to take the time to contact me! Little old me! And not only that, but they were sending me some pretty cool stuff for just the price of a stamp.

Since then, I’ve been hooked. I’ve gotten some pretty cool stuff mail order just by taking the time to write to a few companies. Some businesses are much more generous than others, but most are at least willing to send you a coupon or two.

How to Get Free Stuff in the Mail

I’ve had experience with all three. It would stand to reason that if you had a bad experience with a company or a product, you wouldn’t necessarily want to buy that product again. Companies realize this, so they’ll often send coupons or free samples in the hopes that you’ll give them another chance. That said, if you truly hate a product, I wouldn’t recommend wasting your time to get it free.

If you love a product, however, let the company know! It never hurts to ask for a free sample – for example, asking your favorite tea company if you may sample a blend you haven’t yet tried. Many times, these companies are happy to oblige.

If you’re asking for product samples just for the sake of asking, do it nicely. Write a short letter to the company and let them know that you’ve been meaning to try whatever it is they’re peddling, but that you were wondering if they could send a sample along first. Keep it short and simple; these companies receive hundreds of letters and requests, and it’s likely that they’ll accommodate you simply because you’re not complaining.

Okay! So, without further delay, my fellow freebie finders, here are just a few of the companies I’ve had good luck with.

Back in college, my friends all hung out at a locally owned coffee shop. I usually loitered right along with them, but I didn’t drink the coffee. I’d never tell those friends this, buy I simply preferred Starbucks.

Recently, I contacted Starbucks through their website to tell them exactly that. And wouldn’t you know; about two weeks later, I got snail mail from Starbucks. They sent me a nice letter of thanks and three coupons for free drinks! Iced Caramel Macchiatos are in my very near future.

I happened upon the Tyson freebie purely accidentally.  I’m a huge fan of chicken wings, and I buy those bags of frozen buffalo wings by the ton.

One bag of Tyson’s chicken, however, was not up to my expectations. It looked like the butcher who’d cut the wings had been sleeping with a hacksaw in his hand. There were bones everywhere, and it pretty much rendered the bag of chicken inedible.

I contacted Tyson to let them know just how irritated I was that my one-girl wing party had been cancelled, and they responded via email within 24 hours. I’d hoped for a refund, but instead of just giving me my money back, Tyson sent me five $5 coupons for any Tyson’s product.

Some people are happy with their general, run of the mill toothpaste. Others of us, however, aren’t happy unless our toothpaste has aloe and chamomile in it. My favorite toothpaste is Tom’s of Maine Botanically Bright, and there was a point in time where I couldn’t find it anywhere.

I emailed Tom’s of Maine to let them know how sad this made me, and asked if the product had been discontinued. They responded via snail mail, and along with a full tube of Botanically Bright, they also sent me about a dozen trial sizes of their other products. Free stuff mail order win!

This is a sample that I requested deliberately and without shame. You see, I have two addictions. My first addiction is coffee; I literally drink four pots each day. My second addiction is ChapStick, which I’m sure is directly related to the dehydration all that coffee causes.

The majority of the companies I write to, I write to them via email. But ChapStick was different in that I had to contact them through good old fashioned USPS. I wrote them a hand-written letter, requesting that they kindly send me a sample of their best lip care product. I explained to them that I use ChapStick like it’s my religion, but that I’m constantly losing my tubes. In response, Pfizer sent me five tubes of brand-spankin’ new ChapStick.

It seems as though the response to free sample requests is a bit arbitrary. KFC, for example, may give our free samples like it’s the end of the world to one requester, but not respond at all to another. Don’t be discouraged if this is the case for you. The most it cost you was a the price of a stamp and about ten minutes of your time.

These are only a few of the companies I’ve had success with. As time goes on, I’ll be sure to share more with you. Have you had a good experience with requesting free samples from a company? What did you get? Tell us about it!